Here you can discuss things that are not directly related to running or using XBMC4XBOX.
Post Reply
3 posts • Page 1 of 1

I thought I was OK with jumpers on IDE drives, but this one is new to me and confuses me. Anyone who can explain for me? 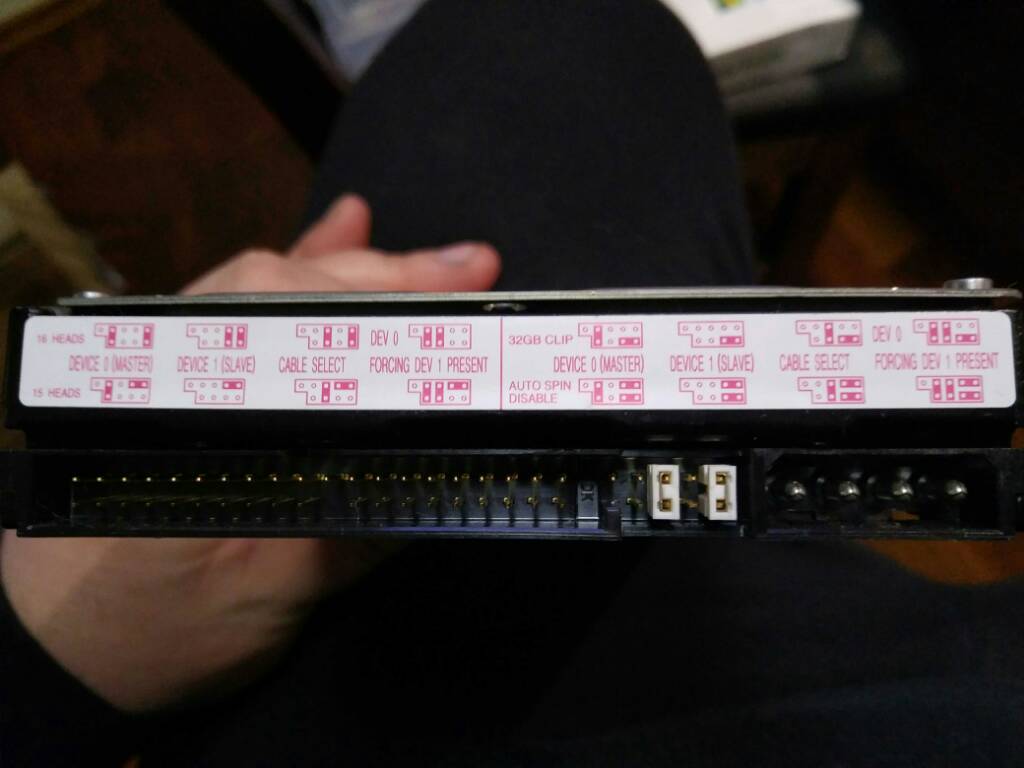 Never argue with an idiot! First he brings you down to his level, then he beats you with experience.
Top

You don't need to worry about the 32GB clip stuff on the right. It is for very old systems where the BIOS support was limited to 32GB HDDs.

I had to do my own search to check the other two as I've not come across these myself either:-

The Auto Spin Disabled settings are also an irrelevance to later Windows OS as you can control the spin up/down from the power management controls or via third party software.

The 15/16 heads thing is also a legacy feature. Still not sure what it actually means but, apparently, if you were using Windows 95 you'd have to use the 15 heads settings. So, unless you are using Windows 95, those can be ignored too.

It is the 16 head jumper settings you should use. It appears the HDD, as you would expect, is currently set up for cable select.
Top

Thanks alot for a good explanation

Never argue with an idiot! First he brings you down to his level, then he beats you with experience.
Top
Post Reply
3 posts • Page 1 of 1