First off, big thanks for all the help this forum has provided over the years with my OG Xbox setup - it's been a fantastic source of knowledge.

I wanted to ask if anyone might have some insight about a problem I have with an OG Xbox power supply.

My console is a softmodded version 1.1, with clock cap removed and an upgraded 1TB WD Blue hard drive, with a Delta DPSN-96AP-1 PSU. (I'm in New Zealand).

Yesterday I smelt a burning smell coming from my Xbox console. Strange thing being that I hadn't powered on the console in about 10 days. It was still connected to the mains though, which were switched on.
Looking at the PSU, I spotted 2 resistors and a diode that had darkened areas around them on the PCB. I couldn't see any obvious damage to the components themselves, though examining the soldering on the opposite side of the board I noticed that their solder had melted away slightly, and was looking different to the other solder points everywhere else on the board.
I've included a couple of photos to show this.. 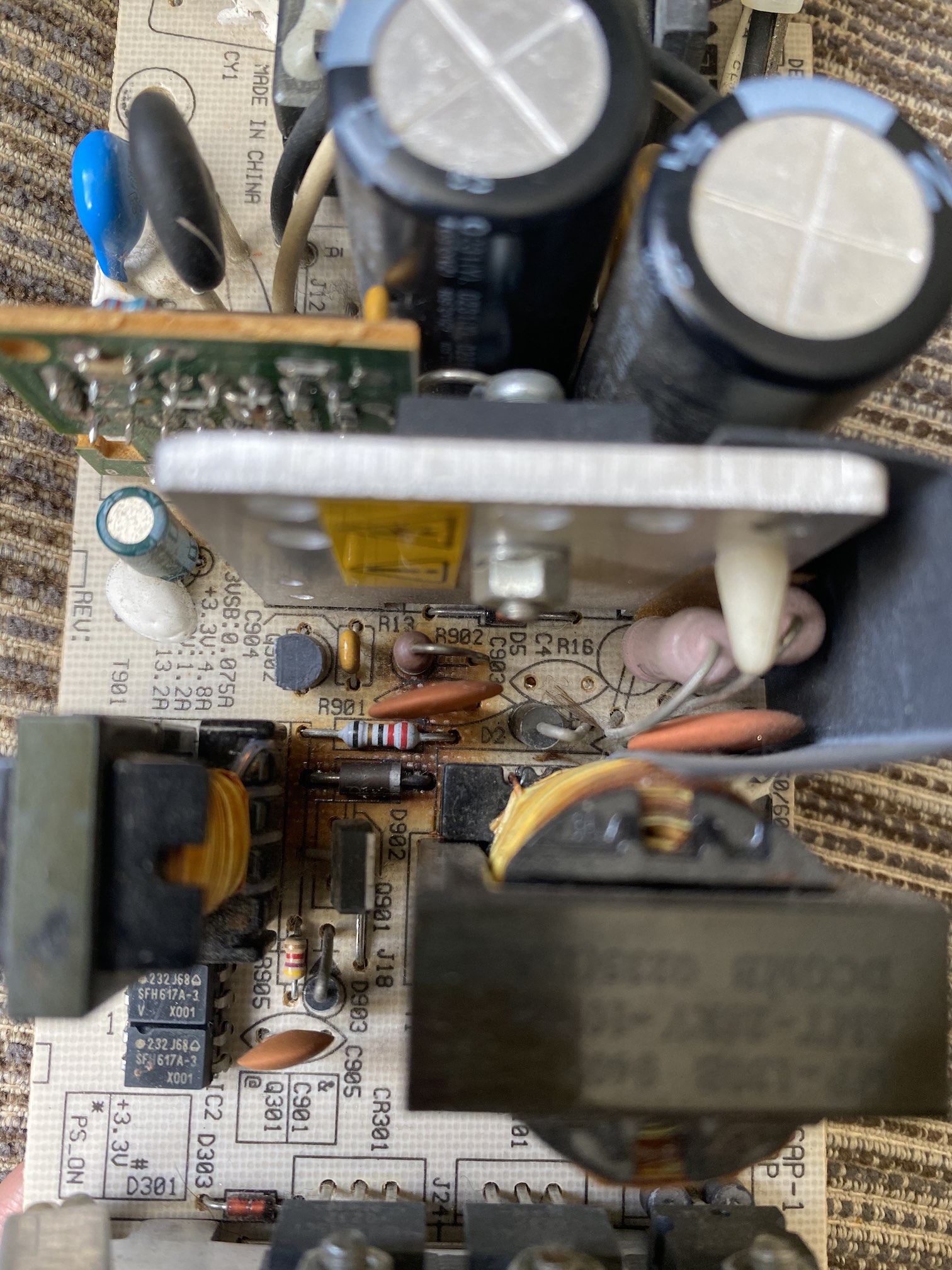 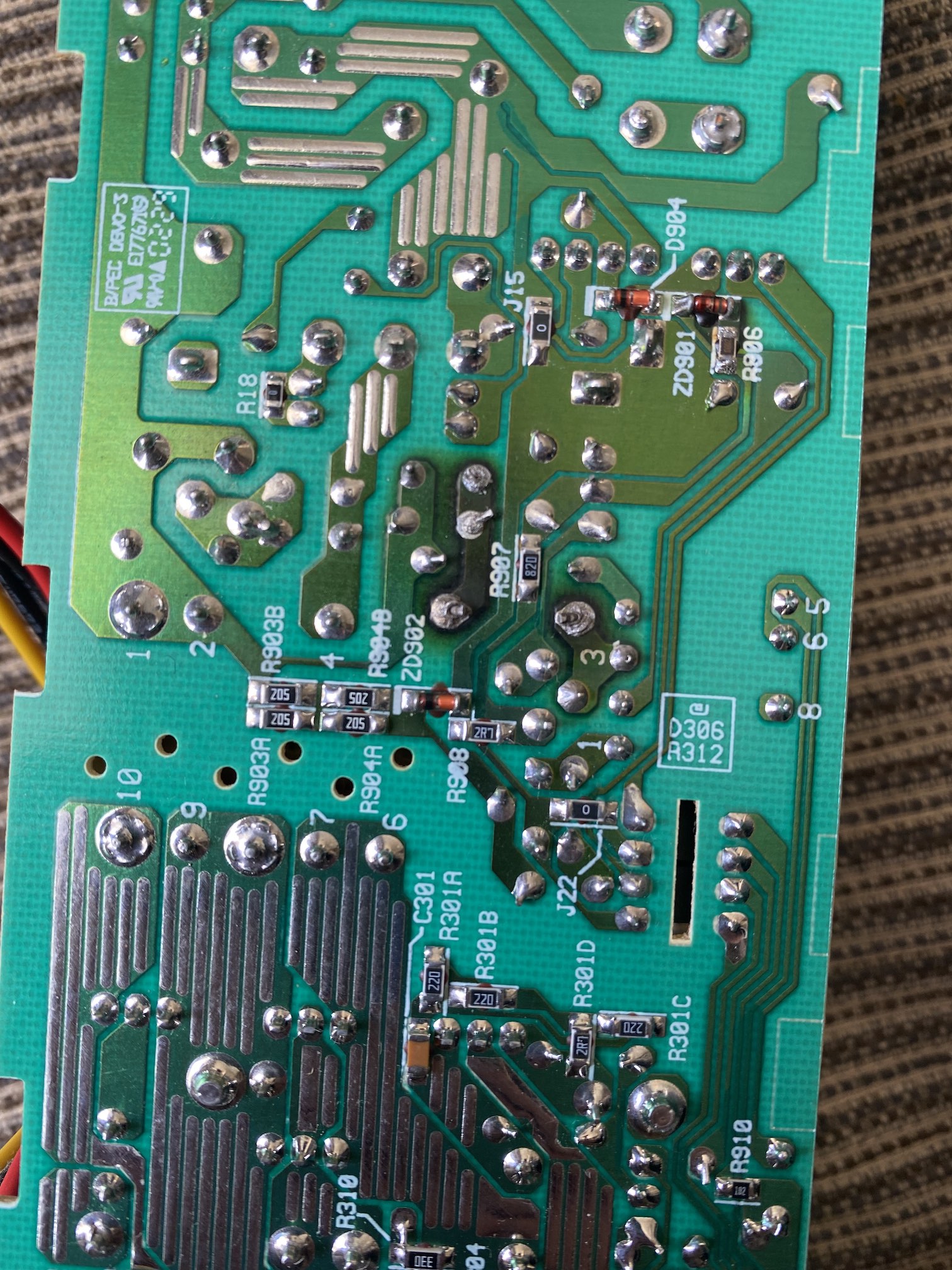 Fortunately I have another Delta DPSN-96AP-1 from another 1.0 console that I could use as a replacement, though I actually noticed a browning of the circuit board in the same places on this PSU, too. (Although not as pronounced).

Researching online I saw another person had the same issue with the exact Resistor/Diodes on their Delta DPSN-96A-1 PSU. located here:
https://www.insidegadgets.com/2014/09/1 ... -power-on/

2. The concerning thing for me was that this occurred while the Xbox was turned off. Going ahead I'd really like to know my system is safe from this happening again - for this reason I wonder if this was potentially fixed on later models PSUs - and if so maybe a better fix would be to adapt a later model PSU to work with this console?

3. I also began thinking that maybe this happened because I had removed the clock capacitor (and not replaced it) and that something about the standby behavior (still receiving power while turned off) caused these components to overheat. Could this be the problem, perhaps?

4. And finally, should the OG xbox be turned off at the mains when not in use, to prevent this?