I cannot get anything in XBMC4GAMERS to work

Discussion about Modding the XBOX, including hardware and software hacks.
Post Reply
8 posts • Page 1 of 1

I cannot get anything in XBMC4GAMERS to work

I don't understand why someone cannot make a detailed VIDEO tutorial on how to actually get XBMC4GAMERS to do anything it supposed to do? Why is that so difficult to do but yet people can show videos about other complex things. Furthermore, people's replies talking about scripts and crap are too complex, XBMC4GAMERS doesn't have anything in it called Scripts that i can find, if it does I have no clue what any of that means. Again that is vague pointless text that doesn't help anyone that doesn't have the slightest clue to what any of this means. People's reply only say you have to run some script from whatever is useless because that doesn't explain how to locate anything they are talking about. There needs to be a step by step video tutorial that says ok you start at this screen then press (Insert button) you will then be brought to this screen..Those ar5e the steps that need to be given, not "Run the script. Again I don't know what RUN a script means, where to find it, if it's even in something I have or how to access it. It's way too complex and impossible to know what that means. So I stopped paying attention to any reply or anyone that even says the word Script, because I know they wont' explain anything about it that makes sense and is easy to follow.

If XBMC4GAMERS can do all this cool stuff such as have cool artwork, background pics, and from what I understand, video previews for games, then where is it all? I downloaded and installed the artwork, and all I get is this (Do you see any of the artwork people show in their videos or people say exists? Does this have any background pictures people talk about.
I don't see any of that, do you? There isn't a single instruction, video or reply on forums that explain a single thing on the setup and activation on anything in this. I even read replies which included 4 or 5 from ROCKY5 himself on other forums to do something that simply isn't true (I will explain that below). 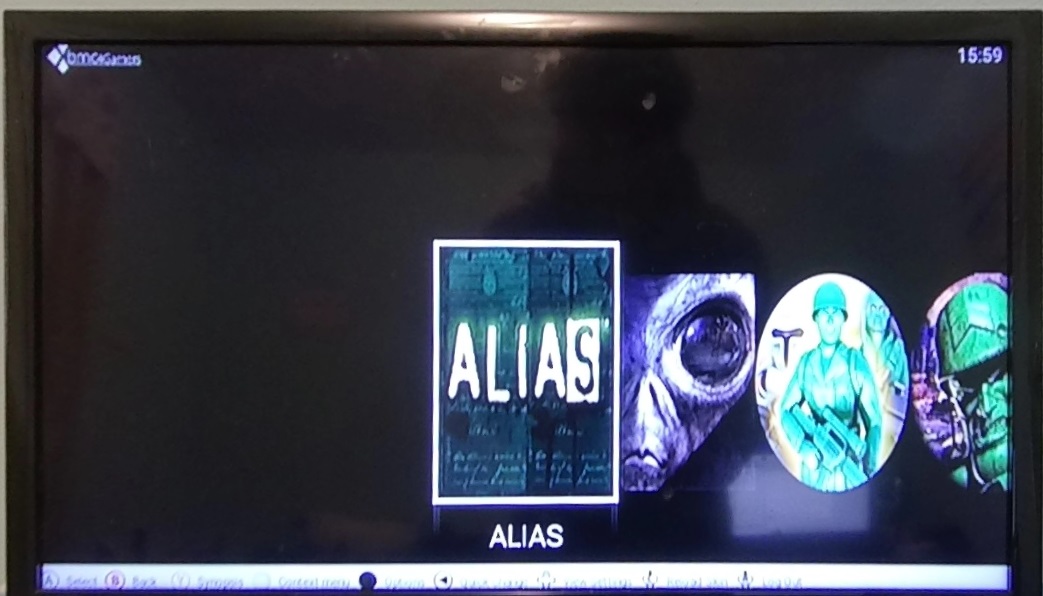 Supposedly to get the artwork from the artwork installer to show up, People including rocky said to press up on the D-Pad, then press right 2 times then something about parsing or whatever.
Well that is false because when I followed that instruction, I arrived at this screen You see anything in that screen that has any settings about parsing because I sure as hell don't. Because of the complexity of people talking about and mentioning things like scripts, but cannot even explain what that even means. 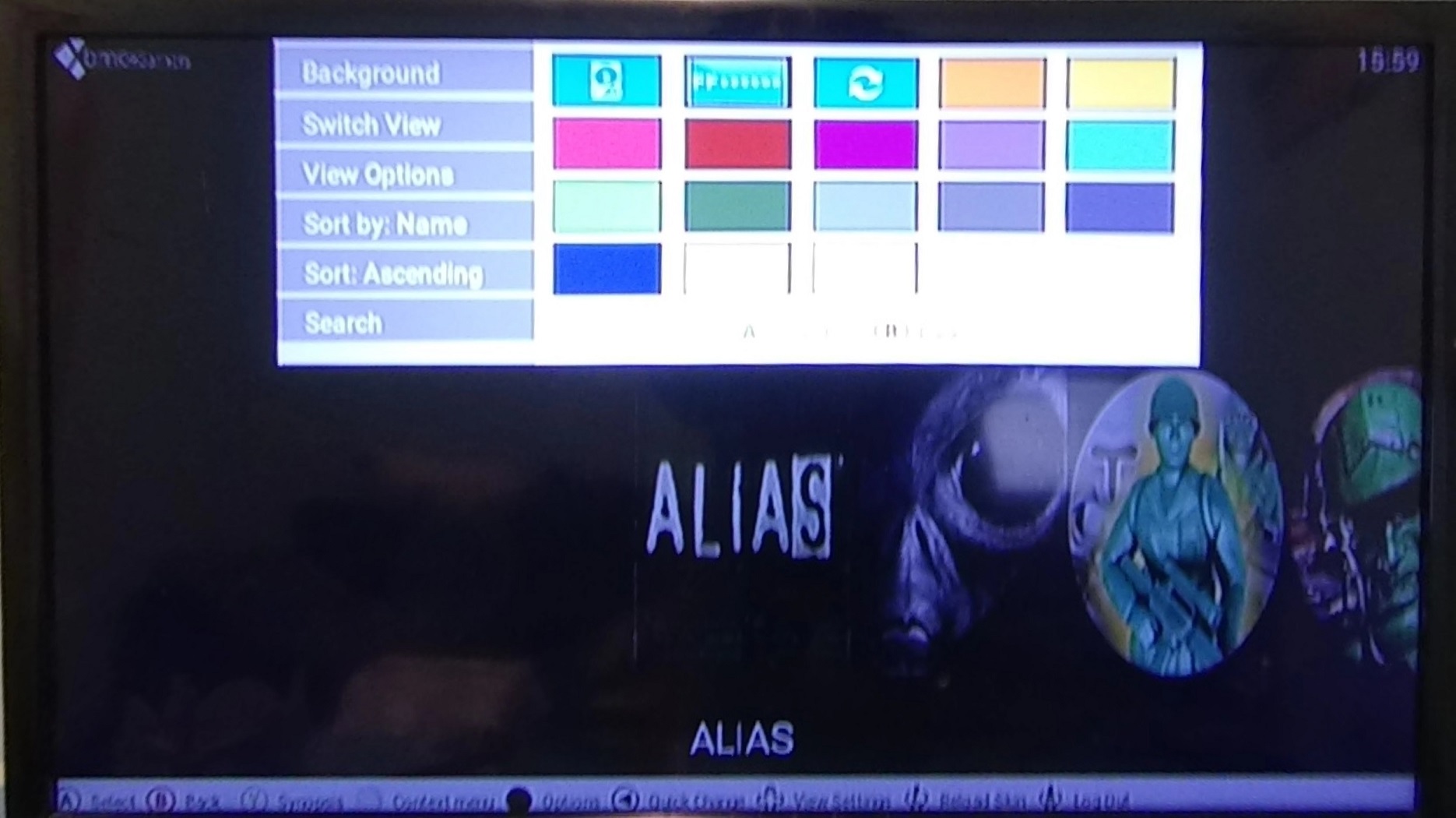 Read the manual I sent you the link to and it explains everything you need.

Also reading stuff from years ago ain’t going to help you it’s for v1.2 and under. V1.3 was a whole redesign hence the manual pdf.

But what you want is under view options and enable resources.

Also on a side note, why can’t you just explore the dash and see what options do? Why do you need to be spoon fed info?
Download Xbox Softmodding Tool & Extras Disc
XBMC4Kids Mod

You didn't send me anything, and there isn't even a link in your reply. Furthermore there is no PDF that I have ever seen on this forum, reddit, OGxbox forum, and a few other places I've been to so why are you mentioning a PDF for?

In the second screenshot above, VIEW OPTIONS doesn't have any sub menu's or anything that can be toggled off/on. In fact the word Resources doesn't even exist in that screen.
What you're saying, and what is on my screen aren't the same thing, So I'd really love to know WTF you're going on about?

I'll make this really simple to understand
1. I shouldn't have to
2. This isn't School or in internship that requires extensive study thus turning a program you uploaded, into schoolwork.
3. The real question is, Everyone knows the tutorials, don't explain certain things and have missing information in them, so why isn't there a video tutorial explaining all this making life easier on everyone like there should be?
Top

Know what I don’t have to either, it’s not my job to walk you through anything

So your on your own from now on.

The PDF was on your YouTube comments when you were spamming my videos with a load a shite and even folk said they haven’t a clue what you’re on about. But like above have a good day.

On no you don't, you don't get to start that line of shit with me after the stunts you've been pulling with people.

So your on your own from now on.

I've been on my own because you sure haven't done anything, so what kind of comment is that?
So whose job is it then? It's your project, you put it together and uploaded it. So people are supposed to be psychic because they need to learn your stuff which you haven't bothered to explain. BTW don't worry, I've been working with 4 other people to decipher this mess you created. it took 5 of us to get to the bottom of how to get the artwork to actually work You and the other rejects failed to disclose very important crucial steps.

All of us think the same thing about you, The difference between me and them and a lot of other people, is I'm not afraid to speak my mind. What I get a ban from here for this post...and....big deal, I haven't gotten any help for this here anyway so..Seriously who puts together something that could be decent, then doesn't bother explaining how to use it..Who does that?

Meanwhile back in reality"
Got news for you, is it absolutely is your job to explain how to use what you put together. No one but you knows how the stuff you put together works. Why is it whenever it comes to this situation, troglodytes like you, fail to comprehend that single concept. If you want me to do your job, you need to pay me what a lazy ass you are expecting others to do your work! you should go to Hollywood if that's your attitude. (Only smart people will understand that comment)


Rocky5 wrote: ↑Sun Apr 04, 2021 5:21 pmThe PDF was on your YouTube comments when you were spamming my videos with a load a shite and even folk said they haven’t a clue what you’re on about. But like above have a good day.

That reply proves you're a troll. No one except you would be that retarded to say I left you a link, and not say where. I know you belong to several forums, if I sent you something I wouldn't I sent you something, and then not say which forum I sent it to. This is also the second time you made assumptions instead of asking. First one was you assumed I didn't have the proper hardware or wires when I brought up the Disk drive problem, Which I do, and now you assume I read the comment section of my own youtube videos (Which i don't), I only read/reply to comments people leave me under other people's videos.

You can just fuck right off with that comment you douche bag. Because you didn't explain where the menus to navigate are. You then you try and verbally talk down to me as if you explained everything step by step so it cannot be misunderstood.
So who the hell are you to try and put that shit on me you, fuck rat. If your shit wasn't a cluster fuck, and the idiots who made the guides weren't monkey's with down syndrome, This whole program would be easy to understand and follow BTW I counted over 100 different people who had similar problems as me so don't' try to come at me as if it's just me.

How about Instead of playing victim, and acting like a reject that left C-Block detention, try accepting your faults and fix your shit

To anyone else reading this, ROCKY5 is a clown. He gives people half-ass information then tells people it's their fault they don't know what he is talking about..I mean look at the reply he left me about the link and then look at what he tried saying to me about his fuck up.
Top

Enough. You're getting a second warn in a week and with such a bad attitude I sincerely think it's better for our community that I ban you from the forum right now.
We don't need that kind of negativity here.
Best of luck.
Do you think this would fit on my Honda?
Top

Omg instead of thanks eternal @Rocky5 for reviving xbox I don't get such attitude!!!
Eternal grateful @Rocky5 thank you for all your hard work and tools that you shared with us!!!
Top

jonnieX wrote: ↑Tue Apr 06, 2021 10:34 am Omg instead of thanks eternal @Rocky5 for reviving xbox I don't get such attitude!!!
Eternal grateful @Rocky5 thank you for all your hard work and tools that you shared with us!!!

Just because you create something, doesn't give you the right to coast on bragging rights and act better than people and not explain how your own stuff works. If something like this isn't explained, then it's pointless and how good of a job someone thinks they did isn't valid and I happen to agree with that which I believe was TL's Whole point.

I'm not sticking up for him I'm simply saying If you pissed me off with not explaining your stuff, I wouldn't thank anyone either.

And Tl's right, a video tutorial for things in this should have been made, because that PDF,, the manuals,and the rest of what is out there for information right now is just awful. Half of it's outdated, there are things that no longer even exist yet how to use it is mixed in with current gen info. People are also posting topics/replies with things they did but not specifying half the things needed, people are misquoting words and terminologies, and what is needed or just leaving out bits of information they don't think is important.

What gets me is the amount of problems people post wouldn't be needed if a video tutorial was made showing how to use this stuff.

The wort thing with txtx and manuals is that it doesn't cover or troubleshoot certain problems I myself have encountered, so I game up.
Top
Post Reply
8 posts • Page 1 of 1